On the facts in Overstreet, the court concluded that there was a real possibility that the jury had convicted the defendant of first-degree, premeditated murder only because it concluded that the murder was a reasonably foreseeable consequence of the aggravated assault for which the jury separately convicted the defendant. The trial court in Coleman's case did a better job of instructing the jury than the courts did in Engelhardt and Overstreet. Accordingly, Coleman's case doesn't fit squarely within the holding of either Engelhardt or Overstreet.

But the prosecutor's closing argument improperly argued reasonable foreseeability on the first-degree murder charge:. If you say that's reasonably foreseeable, As the court noted in Overstreet, Kan. In addition, in Instruction No. Emphasis added. Although Instruction No. Especially given the prosecutor's argument, there appears to be a viable claim that an instruction error one that was capable of misleading the jury was made in Coleman's trial, and the decisive question would be whether the error was harmless. A similar issue was considered by our court on Coleman's direct appeal.

Coleman argued that the trial court had erred by declining to give an additional instruction Coleman had requested on premeditation. The evidence of premeditation in this case is clear: [Codefendant] Merrills' statement indicated that prior to the robbery, he considered killing the owner of the shop if he brandished a weapon during the robbery.

See Coleman, Kan. Arguably, having raised a challenge to the instructions on premeditation and having had it decided against him, Coleman can no longer raise an issue about those instructions under res judicata principles. See Kelly, Kan. If Coleman is not barred under res judicata principles from bringing a further challenge regarding the instructions on premeditation, then we are not sure what basis our court had for its conclusion that there was clear evidence of premeditation: While there does appear to be clear evidence that a shooting was reasonably foreseeable if the owner pulls a weapon, that will be the last mistake he makes , evidence of premeditation to kill the store owner is not so clear.

The parties' briefs have not analyzed the harmless-error issue, and we have not reached any conclusion on it. For the purposes of this opinion, we simply conclude that Coleman has raised a potentially viable issue that had the jury been properly instructed, it may not have convicted him of aiding and abetting first-degree murder.

We need not further analyze this issue to resolve the case because Coleman has not overcome the other procedural hurdles. Coleman's second hurdle is the need to show exceptional circumstances. Thus, a second, third, or later K. Supreme Court Rule c ; Wimbley, Kan.


See Wimbley, Kan. Coleman argues that the Overstreet decision was such a change. Coleman picks Overstreet rather than Engelhardt because Engelhardt came out before Coleman filed his second K. But the Engelhardt error was found harmless only because of overwhelming evidence in that case against the defendant, not because the error itself wasn't sufficient to warrant relief. Engelhardt was decided in September , and Coleman's second K. 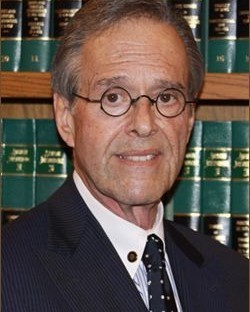 First, an intervening change in the law is a term of art one that has a specific meaning apart from its general usage when used in this context, and Overstreet wasn't such a change. Second, even intervening changes in the law are given application to past cases in only limited circumstances that don't apply here.

Find a marijuana lawyer near you in Kansas

State, 21 Kan. Neither Engelhardt nor Overstreet purported to abrogate any prior ruling. Coleman could have raised this issue in his own direct appeal, and he certainly could have raised it in his second K. We do not find an intervening change in the law here that could demonstrate exceptional circumstances and justify the untimely habeas motion.

Even if this were an intervening change in the law that overturned some prior ruling, ordinarily new rulings aren't applied to cases that are already final, having already completed the direct-appeal process. Whisler v. Lane, U. Coleman's direct appeal ended when the Kansas Supreme Court ruled against him in May New legal rulings after that date generally would not apply to him unless they meet the tests noted above, and nothing in in Engelhardt or Overstreet meets those tests. In sum, Coleman bases his claim of exceptional circumstances on the argument that Overstreet represented an intervening change in the law.

Under established caselaw, Overstreet didn't constitute an intervening change in the law. Moreover, Engelhardt had come out before Coleman filed his second K. Coleman hasn't shown exceptional circumstances to justify his raising this legal issue for the first time in Professional History Over the course of his professional career, Mr.

Falk has handled seven capital murder cases, and more than homicide cases at the State and Federal, District Court and Appellate Court levels. In , Mr. State of Kansas, et al.

The lawsuit was on behalf of all persons in the custody of the Secretary of Corrections who were, for the first time that year, forced to submit DNA samples to the KBI Lab. Falk served on the committee for more than 10 years, and served as chair of the Strike Force for five years.


During this time, Mr. He also successfully represented an attorney at both the District Court level and before the Kansas Supreme Court, in State v.

We also consider that, among other things, F. Davis v. This focus on Henderson, specifically with an eye toward prosecuting him, is corroborated by events after the interview. Cherney attempted to reach Henderson but was unsuccessful for 8 months. During that time, neither he nor Chandler attempted to interview anyone else or locate other possible perpetrators, whether pursuing the information given by Mother's interview or otherwise.

Indeed, before even interviewing Henderson, Cherney prepared and signed his affidavit that asserted he had probable cause to believe Henderson committed the offense. In addition to the facts we have already outlined as comprising part of our testimonial analysis, we also consider that Cherney and Chandler are government employees. While Chandler, the main interviewer, was an SRS employee, she could be considered an agent of law enforcement. Additionally, the interview was conducted in a government building see Crawford v. See K. Crawford, U. There was no emergency; F. As part of this calculus, we also find it important to consider that Cherney, a detective, was continuously involved in the process from the start.

How do I choose a lawyer?

Finally, Cherney drafted the affidavit of probable cause which directly led to Henderson's arrest. In short, his participation in F. While this amount of participation may be allowed, and even be encouraged by the statutes, e. We also consider the similar facts, rationale, and holding of State v. Justus is of particular guidance because it concerns a Confrontation Clause issue not only involving a young victim of abuse, but also because it was decided post- Davis and used a Davis -based analytical model.

The Missouri Supreme Court characterized the analysis in Davis as "[a]pplying an objective, totality of the circumstances" test.

There, defendant allegedly molested his 3-year-old daughter. It allowed into evidence several of her hearsay statements told to others, including a videotape interview by a social worker. On appeal, the defendant alleged a violation of his confrontation rights.

The mother testified that after her daughter returned home from visitation with her father, she wet her bed and was afraid to sleep. The grandmother testified that the girl rubbed her private area and said she did it because daddy "rubs me there. The grandmother took the girl, then 4, to an office where she met with Cynthia Debey, who investigates child abuse and neglect for the division of family services. Debey interviewed the girl in a visitation room and asked if the girl had anything to tell her about what her father had done.

The girl then described certain sexual acts and said that she knew Debey would protect her from her father. Estes performed forensic interviews of children alleging abuse and provided counseling, assessment, and evaluation services. Like the present case, the girl was shown diagrams of female and male figures and described several private parts. The Missouri Supreme Court found that in both the Debey and Estes interviews, the girl's statements were made in a formal setting in a question-and-answer format.

It further found that her statements to Debey were made as part of a government investigation of a hotline call and were made in a governmental facility. In Estes' words, this meant an official interview done for law enforcement. The court further found that the Estes interview was performed to preserve the girl's testimony for trial; once she began to disclose abuse details, Estes escorted her to another room for the sole purpose of recording the conversation.

It also found that Estes, and even the girl based upon her statement to Estes that she would tell a judge what her father had done , were aware of the purpose of the interview. The court rejected the State's assertion that the girl's statements were in the middle of an "ongoing emergency" because the evidence showed she was not in any immediate danger; she was speaking about past events. 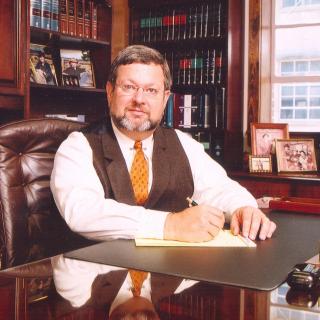 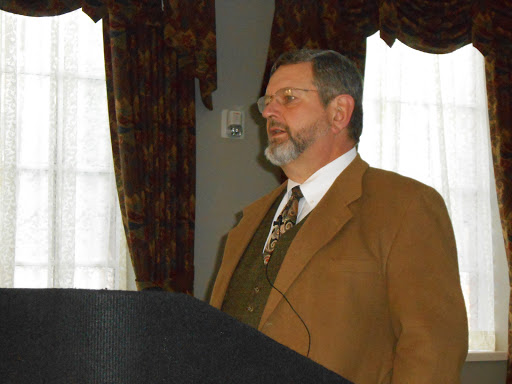 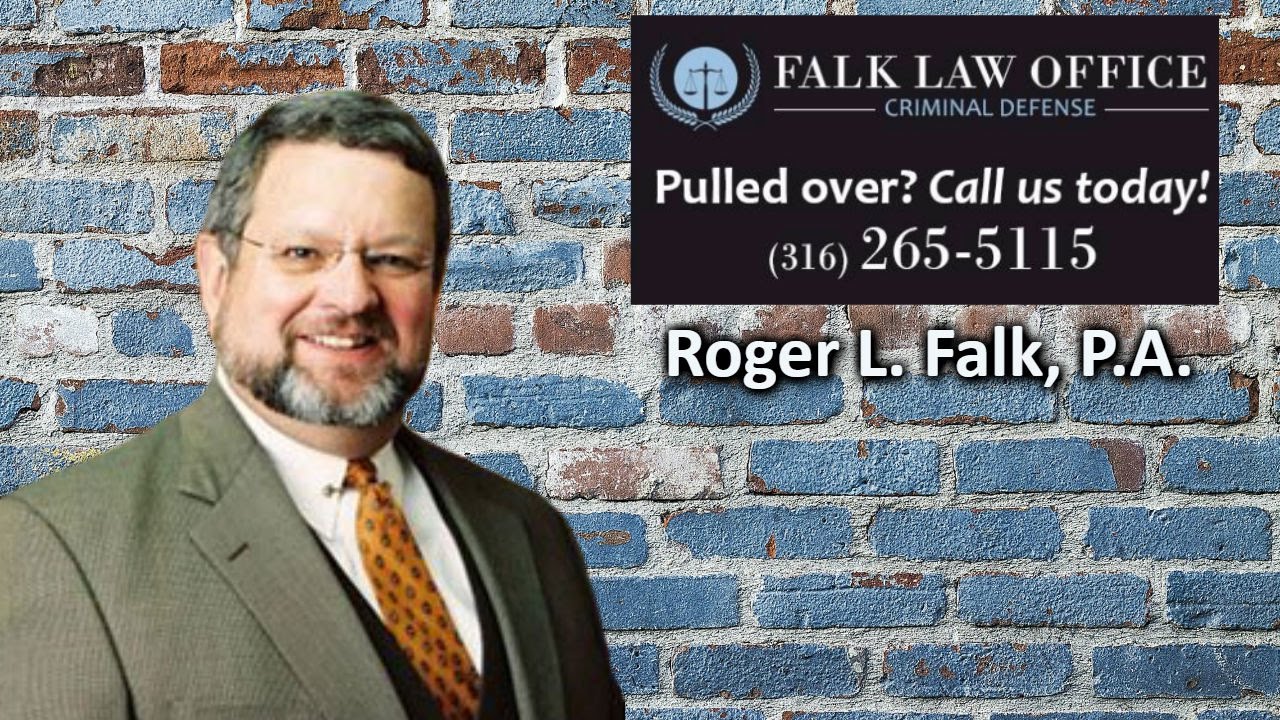